Please wait while the player downloads - this could take a few moments on dial up - once it downloads open the link to a world of free music, video, photos blogs and much more.

Whats on in the cinema

click into the link to see whats on in IMC Mullingar

The Short History of Calypso Music

Calypso rhythms can be traced back to the arrival of the first African slaves brought to work in the sugar plantations of Trinidad. Forbidden to talk to each other, and robbed of all links to family and home, the African slaves began to sing songs. They used calypso, which can be traced back to West African kaiso, as a means of communication and to mock the slave masters.

Trinidad was colonized by the Spanish, received large numbers of French immigrants, and was later ruled by the British. This multi-colonial past has greatly impacted the development of calypso in Trinidad. Many early calypsos were sung in a French-Creole dialect called patois ("pat-was"). These songs, usually led by one individual called a griot, helped to unite the slaves.

Calypso singing competitions, held annually at Carnival time, grew in popularity after the abolition of slavery by the British in the 1830s. (It was the French who brought the tradition of Carnival to Trinidad.) The griot later became known as the chantuelle and today as the calypsonian.

The Golden Age of Calypso

By the late 1930s, exceptional calypsonians such as Atilla the Hun, Lord Invader and the Roaring Lion were making an indelible impression on the calypso music world. Lord Kitchener rose to prominence in the 1940s and dominated the calypso scene until the late 1970s. Lord Kitchener continued to make memorable hits until his death in 2001.

In 1944, the Andrews Sisters (an American trio) did a cover version of Lord Invader's hit Rum and Coca Cola. Since then the United States and the rest of the world has identified calypso with the Caribbean.
In 1956, Harry Belafonte recorded his Calypso album containing the famous Banana Boat Song ("Day-O") - probably the most internationally well known calypso song. 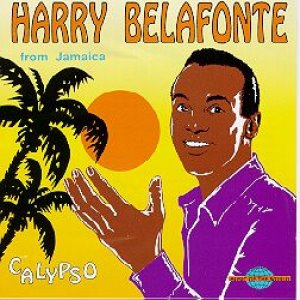 His Calypso album also became the first album ever to sell over one million copies. This was also the year the Mighty Sparrow burst onto the scene and took the calypso world by storm with his legendary hit Jean and Dinah.

Jean and Dinah, which celebrated the departure of US troops from Trinidad, ushered in a new era of politically charged calypso. This politicized form of calypso, allying itself with the People's National Movement (PNM) party, facilitated Trinidad's independence from Britain in 1962. Socially and politically conscious calypso has had a major influence on many of Trinidad's most important social and political movements.

Calypso typically involves social commentary, oftentimes laced with humorous satire on current events. Calypso is the voice of social conscience. However, not all calypsos are socially conscious calypso has always had its risqué side too.

Most of the top calypsonians from the golden age have been male; The Growling Tiger, Lord Executor and Lord Pretender, just to name a few. However, the 1960s saw the rise of Calypso Rose, the undisputed "Queen of Calypso." Over the years, Calypso Rose has written and performed songs with themes ranging from political commentaries to party songs, and has won numerous awards. Her 1996 hit Fire In Me Wire has become a calypso anthem. Calypso Rose has managed to excel in this otherwise male dominated genre.

The 1970s saw a decline in the popularity of calypso due to outside musical influences. Jamaican reggae made its presence known as did disco and R&B from the US. Musical fusions were bound to happen. As a result, the 1970s gave birth to a more uptempo, less socially conscious version of calypso called soca. While calypso is the voice of social conscience, soca is party music. Rapso, with its calypso style lyrics and rhythms influenced by American hip-hop has also become popular. Other styles such as soca-chutney and ringbang give listeners even more musical choices.

Does this mean that calypso is a dying musical form? On the contrary, contemporary calypsonians such as David Rudder have very successfully combined calypso lyrics with dance rhythms - making the music accessible to a larger audience. There's also the annual resurgence of calypso at Carnival time lets us know that calypso is very much alive and vibrant with a bright future.