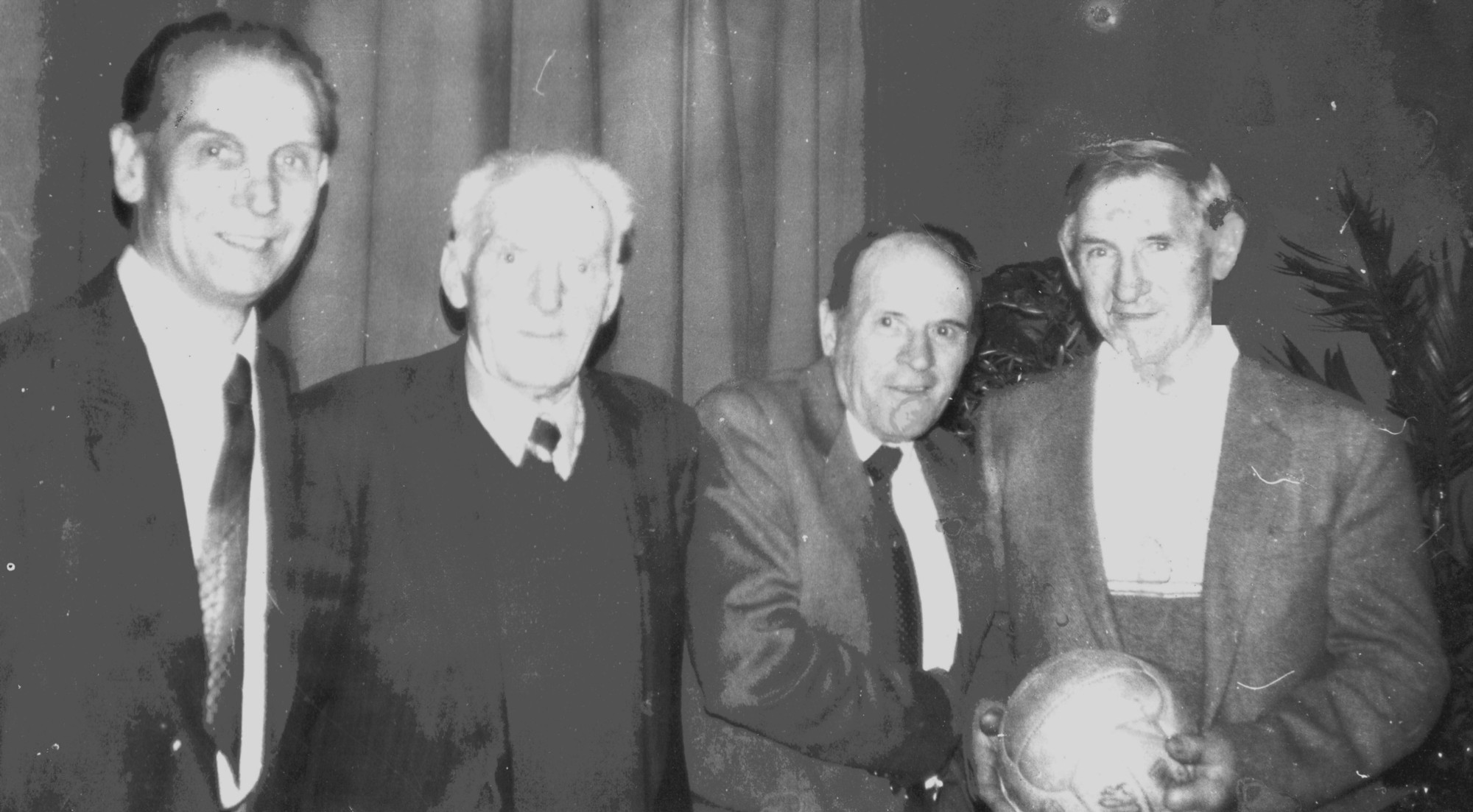 This Photo was taken at the Milltownpass GAA Centenary Dinner at Whelehans(Palm Club), Rochfortbridge in 1984. From left to right are Ben Lambden, Matt Walsh, P.J. O'Neill and Paddy Leslie. They were former
members of the Gibbonstown Gaelic football team. Ben and Paddy were St. Lomans men in Mullingar and
after a dispute with the team there, they joined the Gibbonstown Team( the Park). There are many
tales told of the rivalry between Rochfortbridge and Gibbonstown during the 1940's and 1950's.
When Father Delaney came to Rochfortbridge, he suggested that the two teams amalgamate to stop this
rivalry as both teams belonged to the same parish. The result was St. Marys. Thus ended a great rivalry,
but St. Marys have made their mark down the years as one of the top county club teams.