Welcome to Rochfortbridge Community Website
Rochfortbridge, Co.Westmeath, Ireland.
Most pages can be edited by clicking the "Easy Edit" button.
or e-mail rochfortbridge@hotmail.com 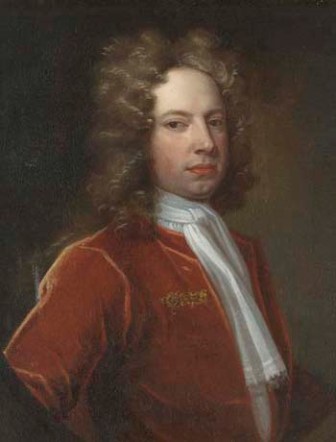 Rochfortbridge Community Website - Brief History of Rochfortbridge.
The village of Rochfortbridge lies on the “Slí Mór” on the northern side of the "Esker Riada", midway between Tara in Meath and Uisneach in Westmeath.
The pass of Kilbride as it was then known was heavily guarded in medieval times as the land on both sides of the village was impassable.
The first crossing of what is now the river Derry was beside the castle at Castlelost.
This crossing was a Ford crossing with no bridge.
Now don’t get confused by the word “Ford” it has nothing to do with the name of the village.

The romantic fable that a dead beggar man was found at the crossing with enough money to build a bridge on his person etc. is just that, a fable that was told to newcomers to romanticise the village. There is absolutely no record of such a happening in any historical records. This story has been told and re-told and altered through time but the fact is that a beggar was employed by Robert Rochfort as he was the only qualified architect to be found in the area and his circumstances had demoted him to begging for a living. The "beggar" designed and oversaw the construction of the new bridge financed by Robert Rochfort, MP. the bridge was erected over the river Derry at Farthingstown. OK, some might say that the Derry river does not flow anywhere near Farthingstown.... well, before it was re-routed by Lady Cooper during the Great Famine... it did, and it was more "flood plain" than river. The facts have been altered from the original beggar man being paid handsomely to build the bridge to a beggar man having enough money to build the bridge through the passage of time and for the making of a better story. There are also romantic ramblings in some media that Robert Rochfort 1st Earl of Belvedere renamed the village from Beggars Bridge to Rochfortbridge in his own honour. Again untrue. The village was created by Robert Rochfort OK but it was the grandfather of the 1st Earl of Belvedere.

The "Village" was set out in the year 1700 by Robert Rochfort, (1651 – 1727) MP for Westmeath. See the history of the Rochfort family to fill in the rest of his life. The wooden bridge at Farthingstown (already in place but in bad repair) was replaced by the newly designed "Bridge". The new bridge was called "beggars bridge"... not the village... (as there was no village as yet)... and it was called thus as it was indeed designed and built by a beggar (an unemployed craftsman).The new "Bridge" was also a toll bridge, with a toll of one farthing to cross either way, (the toll imposed by Robert Rochfort MP) This "toll" gave the town land of Farthingstown its name. The location of the first crossing at Farthingstown and the town land of Oldtown being the location of the first “transit” settlement was the first PostModern settlement and thus the first "Village" in the area. The "New" bridge was nick-named “Beggars Bridge” as not only was it built by a beggar but beggars often gathered there to beg from the wealthy.

(It was only the wealthy that used the bridge as the peasants crossed through the river with their wears in their bare feet.)

Robert Rochfort, MP. built the first stone "permanent" dwellings in 1700 and designed the street scape to give the settlement "Village" status. unfortunately none of the original buildings remain intact as the street scape was re-designed in famine times to its present state. the transit settlement at "Oldtown" and the toll bridge were both replaced by Josias Cooper as famine relief projects in the late 1840's

Lady Cooper of Dunboden re-routed the river as famine relief work. The Village as we know it today is as a result or her doings.

A Wedding in Gaulstown in 1728.
On a warm July morning in the year 1728 the guests were assembled in Gaulstown House near Rochfortbridge
for the wedding of Miss Anne Rochfort and Mr. Henry Lyons.

This was no ordinary wedding as the guest list is a who’s who of household names even today.
I will attempt to recreate the entire guest list and detail there present day relevance.

In just the top table alone there are links to:-
Princess Dianna, Princess of Wales.
King George II King of England.
To mention just two.

And this is before the other guests are vetted – stay tuned for the full guest list and its present day impact on our daily lives.
Rochfortbridge Exiles - more pictures